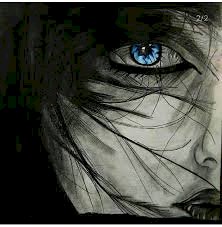 It is a well known fact that man and woman are two significant wheels of a blissful home. The societal and conjugal life show stunted boom, if either o f wheels show deformity. Both the parties are shouldered with equal responsibility for a triumphant societal setup. God in the initiation of creation of this whimsical cosmos shaped living creature in pairs. He also ordered them to allocate every liability evenly to run this world.
At one hand He privileged woman with the competence of giving birth to future progeny. On the very hand He also make man accountable to carry all house hold expenses. As the time passed away, social scenario started altering and now when we are in 21st century, which appears with new challenges. It become very hard to run all house hold expenses with one salary .This dire need of money pushed a woman to the world of earning (professional world) .
A woman has been raised by one echelon. She is being provided by one additional task of earning livelihood for her family but on the very hand, she is not being comforted by any of her previous liabilities. History speaks that in addition to monetary reasons there are bundles of other reasons, which left no corner for a woman but to opt various ways of earning wages .Story commence from the time, when man started considering woman as meek and miserable .Unfortunately a woman was socially, economically , physically dependent on man. Irony over this was that physically feeble body, forced a woman to accept male supremacy for ages together . A long, rigid and uninterrupted period of exploitation, prejudice and disparity faced by her .During this epoch she was viciously crushed, killed, burnt ,raped and molested by man (to whom I will not hesitate to call a fiend). As the society was male subjugated, so what so ever convention and regulation, including different civil or criminal laws, he drafted, were according to his own free will and comfort and enforced the women community to accept them unopposed.
During whole life time, a woman has to strangle her wishes. Tears were her only companion. She was deprived of all her fundamental rights(like right to speech, right to vote, right to education, right to property, right of inheritance). Even her birth in a family was not cherished .Irony over this was that in Arab, before the arrival of Islam, female foetus were buried alive. This act pushed the whole male community to the least level of humanity. Women community was forced to live a life of a expatriate, in this million miles stretched universe . A woman could not claim her parental as well as her in laws house as her own . She has been a victim at the hand of male dominating society.
Various customs like Sati ,child marriage, Dowry are the spheres where woman was oppressed to the least level. A woman was forced to embrace death with her dead husband . A Woman was beaten and killed for dowry , she was also forced to live a life of hell in child marriage . Keeping in view the above acts I will not hesitate to label whole male community, criminal in his approach towards women. He was chosen as a patron but he acted as parasite, who took advantage from woman and in turn sucks her blood. Things have not changed even today, when woman has proved her wrath by crossing all obstacles in her way of progress, when her dedication and firmness has made her to accomplish at the peak of triumph, when by parting her daintiness aside she even joined armed forces, stereotype of being a woman is still fasten to her. Even today it is only a woman who has to carry all house hold mechanism. It is only a woman who has to take care of children. It is only a woman who has to take care of studies, uniform, notebooks and even pencils of her children. Responsibility of a contented married life also fall on her delicate shoulders. It is only a woman who has to adjust in, In- laws family. All the lessons of adjustments are taught to her only. A woman has no personal life of her own .In parental domicile, she lives for her parents and in, In laws family, she has to live for her husband’s family . In short she  is physically, morally, socially and psychologically over hampered.
In the end, let me give you a portrait of a family, where both husband and wife are employees. There also, it is only a woman, who has to get up early , she has to cook breakfast with out the assist of her husband. She has to pack lunch for her children and for her husband too. The burden of conveyance of the children to school in time, also falls on her shoulders. On the other hand a husband awakes according to his free will, wastes time for self preparation only, here I want to summit out that a woman in a family is like a strong prop, she tries her best for the betterment of a family, so it is the obligation of male folk to share her encumber, because this sharing will undeniably reinforce their relation further.     Last but not least socially as well as biologically a man is incomplete with out a woman. He is like a rudder less boat or a letter with out address, with out a woman so even on moral grounds liability of comfort of a woman lies on a man.