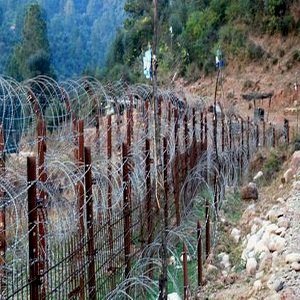 India and Pakistan were divided at the end of British Colonial rule in 1947. Since then, the people living at borders have gone through several painful phases of the history. Several villages including Shahpur, Kirni, Qasba of district Poonch are located along the Indian side of the Line of Control. Earlier the troops from both the sides used to exchange small fires, but now tension has been escalating and both the sides are moving heavy artillery to forward positions, pumping mortars and shells which often drop in the villages. The local residents have to deal with violence, terror attacks, military engagements and shelling. And this leaves a terrible impact on their social, economical and psychological lives. Being deprived of land, being denied education and healthcare can have an adverse effect on these communities. When people go out of their houses to do economic activities, students go to schools and for other purposes they feel insecurity of their lives. Many times people can’t sleep in nights due to horror sounds of shelling. People cook their meal and can’t eat, many times they are even unable to cook foods, they’ve to wait for the shelling to stop and the live for hours with empty stomach. The sick people face more difficulties they can’t reach to hospitals at the time. It is more terrible for pragnent woman at their time of delivery, what would be the situation for them if shelling starts and they couldn’t reach to hospitals at the right time. For those people this is a daily routine but the fear is what if the next shell falls over their house and blast, the whole family would burnt on the spot. The lives of the residents of border towns /villages are much terrible. Due to these border tensions, many people are left handicapped, many houses burnt in fire, many houses have developed cracks, many students have sacrificed their dreams of education, many domestic animals have been killed till now. Many lives have been sacrificed and many others have suffered a lot. This is not life, they are sleepless, they are restless, they are in terrible situation every time.Inhabitants of these victim villages are still watching the August hands’ action to emancipate them from this cruel situation . Dozen of natives became handicapped and lost their kin .No dare to became voice of these victim of border …These people eat their meal in the light of Artillery fires not bulbs .